Terang P12 College – A D.I.Y culture with a difference

Terang P12 College – A D.I.Y culture with a difference

We were standing in pit lane at last year’s Energy Breakthrough event and we noticed something unique. It was Terang College’s vehicle they had built themselves. The project was designed and led by then Year 11 student Harrison Smith for his Year 12 Product Design and Technology project. With the support of his teammates, they brought this new creation to life and learnt plenty along the way, too. We caught up with the team at Terang College to get the inside story.

EB: First time we’ve covered Terang College here on the EB.org.au, how do you approach the Energy Breakthrough at your school?

Ben Dennis, Teacher and Numeracy Learning Specialist, Terang College: We really pride ourselves here at Terang College that we build all of our own trikes, and have done so since we started participating in 2012. (Although, a confession: we DID buy our first chassis to get us started.)

I’m very mindful of getting the kids to do as much of the work as possible – and eight years in I still haven’t learnt how to weld myself!
(In fact, the only people in the school who know how to TIG weld are the students!).
So, this means the kids involved in our EB program are literally forced to weld the trikes up themselves if that want to get to Maryborough.

EB: In-Class or Out? How many students?

Ben: All of our time for EB comes outside of class as an extra-curricular activity as we have about 50-60 kids (out of a total 250) from Years 5-12 involved so putting it in a class would be quite tricky! This means that EB has always been a lot of work, but is just so worth it when you see what the kids get out of it!

EB: We noticed one of your unique Human Powered Vehicles last year and learnt out that the design was led by one of your students. How did that come about?

Ben: Last years’ vehicle was our first that was a completely original design: all of our previous designs had been modelled off the original chassis we purchased back in 2012.

Harrison Smith, who was then in Year 11 led the design of the vehicle for his Year 12 Product Design and Technology project. The team discussed what they wanted the vehicle to look like and then he designed it in CAD software and the team constructed it together. He was one of 3 senior students who welded the trike whilst younger students helped to cut and shape the various bars to make the trike.

EB: Great, but WHY did Harrison and his team want to do that as part of his VCE?

Ben: We are lucky to be a P12 School here at Terang College in that students have the opportunity to be involved in Energy Breakthrough from a young age. This has been the case for a number of students including Harrison who has been involved from the very beginning as a student in Grade 6.

For Harrison being part of Energy Breakthrough and building trikes is just what he does!

Believe it or not I’m actually likely to end up with a student who is going to be involved in Energy Breakthrough since he was in Prep since an older sibling is one of those Year 12 finishing up! He is now in Grade 5 and absolutely loves Energy Breakthrough, too!

Terang’s 2017 Secondary HPV vehicles: The newer, much more angular design is very noticable on the left.

EB: What did you and the team learn from that experience?

Ben: We leant a heap along the way. In previous years, we had been really pushing for a curved body shape, but we had never really been able to get it to come out the way we wanted so decided to go for a deliberately angular body shape.

Our new chassis design allowed for a much lower rider position and we reduced the angle of the seat. We were blown away by how much difference this made to our laps times in both training and at the event.

We did however, learn the hard way where stress points in the chassis were as during the race the entire front end tore off! This wasn’t a failure of the welds, but was actually the chromoly of our steering assembly which tore. We lost about one hour of track time last year fixing this, but were able to get up and running again.

EB: … and what do you think your students learn through the EB program?

Ben: Overall, the kids learn a massive amount from being involved in the EB program.

We have a significant fundraising program that happens throughout the year to help pay for the campaign and through this the kids get to develop a whole other range of business and event management related skills throughout the year. We try to cover as much of the costs as we can through these events and sponsors. Typical events are movie nights, trivia nights, canteens and sports days, raffles, and good old BBQs are Bunnings.

From a construction / technical point of view they learn how to TIG Weld, again remember that no staff here know how to TIG weld the kids have learnt themselves and are now passing these skills down onto the next generation of EB students

They also get to apply a range of hands-on skills they have learnt from other technology subjects.

EB: Do you find that the students make an impact elsewhere in your school, too?

Ben: I hadn’t realised myself until a parent pointed it out, but when we have out induction of school leaders each year recognising Schools Captains, House Captains, SRC Reps etc. 80% of the kids being recognised are kids from EB. This isn’t because EB draws in leaders from the school, but it makes them leaders and gives them the confidence to put their hand up and have a go at something that they might find hard. Amazingly, we now have a number of former students that have bought their own trikes and are competing in the broader Victorian and South Australian HPV series, so the transition continues now beyond just school.

EB: You now have a Primary HPV team and two Secondary HPV teams, but you used to have Pushcarts, too. What’s changed over time?

Ben: Our participation has evolved from the beginning. We started with one HPV team, then two HPVs, then two HPV and a Pushcart; to now three HPV teams and the workload has certainly changed.

You might think that it would have gotten worse with more teams, but it’s really stayed about the same because we have all become better at what we do over the time. It’s certainly a more seamless transition now with juniors coming through just having the three HPV teams.

The pushcarts were great, but just not the right fit for us as a P12 College. It just made more sense to get the primary kids into a trike. We are continually making new trikes each year and as result we ended up having an old vehicle that we could modify to fit the smaller junior riders. 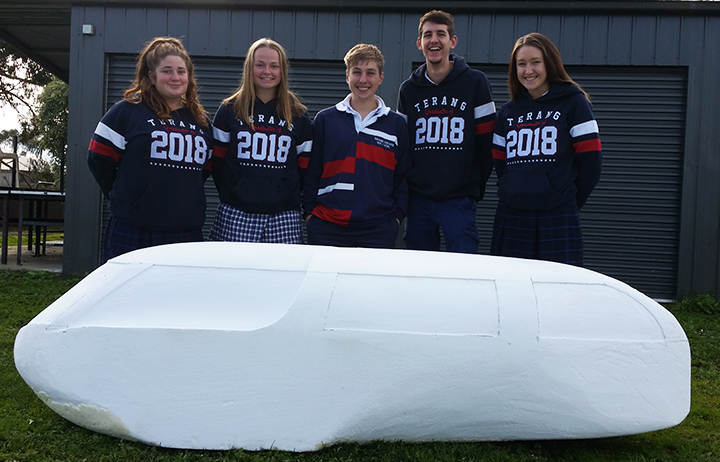 EB: Do you find students are wanting to continue on from Primary to Secondary?

Ben: Absolutely, the kids love it! They pretty much get hooked and keep going with EB until they finish school.

They end up forming a really close group – particularly after the event itself. When a kid is out there riding there is nowhere to hide and when they come back to the pits the other kids are helping them out of the trike. They see that the rider is ‘spent’ and sometimes they’re even crying because they just don’t have anything left to give. That really shows you a person at their ‘base level’.

Once you’ve shared that ‘base level’ experience with a person or group of people it creates a really powerful bond. We end up with this great dynamic where the kids are always pushing each other to get involved from one year to the next, I very rarely have to approach someone because our numbers are low.

Ben: 2018 is a massive year for us. With having five long-time students involved, we really wanted to push ourselves and take our trikes to the next level. We are once again having three teams which will be great, but the biggest focus is on the new trike.

This is because we are having a crack at making our first carbon/Kevlar composite body. This process has been great so far and we have been pushing along to get our mould organised and our chassis built. Our chassis design is similar to last year, but we have obviously learnt from our mistakes from last year, too. There has been an amazing amount of thinking that has gone into the new design to make sure we can make it has good as we possibly can.

Getting our rider position nice and low was a big aim again this year and we decided to move away from an adjustable seat that we had done in the past, and go with more inserts to save time on changeovers and make the construction simpler and lighter.

The body / fairing / canopy itself is our own design and I’ve always really pushed the kids to take inspiration from other trikes – but make sure that it’s uniquely ours, which will be pretty evident when the trike is finished. Our side ventilation for rider comfort is definitely unique!

“An awesome 2018 Energy Breakthrough for Team Terang would be … racing our first ever composite trike, all teams have a great time and placing higher than previous years!” 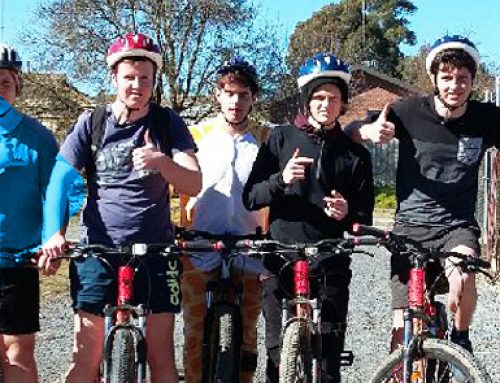 Ballarat Specialist School raring to give it another TRY

Ballarat Specialist School raring to give it another TRY 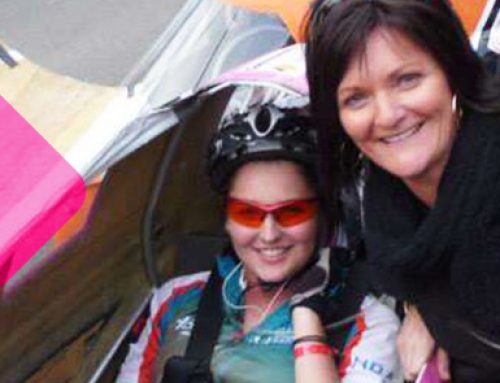 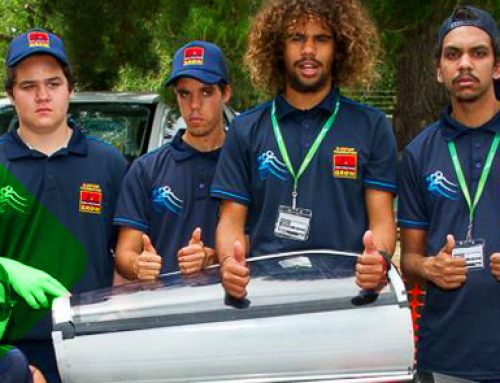 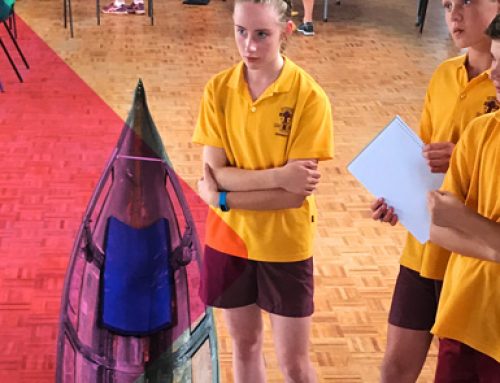 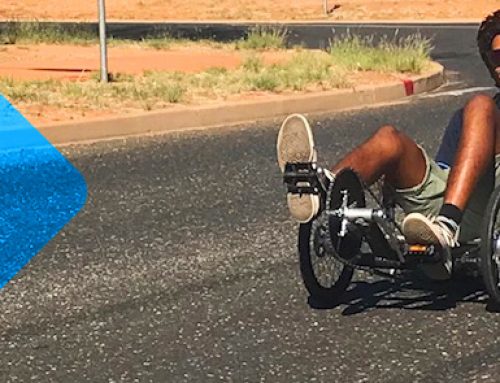