It’s 2,100 kilometres from Alice Springs to Maryborough, but it’s just another step on a bigger journey for Centralian Senior College Clontarf Academy team – the first ever team from the Northern Territory to participate in the RACV Energy Breakthrough. We caught up with their Team Manager, James McNamee, who is returning to his roots after 12 years.

Another indigenous team are also coming to the RACV EB for the first time: Walgett Community College High School will be participating in the TRYathlon event and will be supported by the great crew at EDEC. But that’s a story for another time.

First, a bit of history …

I’ve known the Team Manager, James McNamee, for a long time. He lived in Maryborough local during his school days, and led the charge at Highview College and was a passionate HPV builder and racer. He was the fiercest competitor going around. (A mighty good footballer too, I might add.) 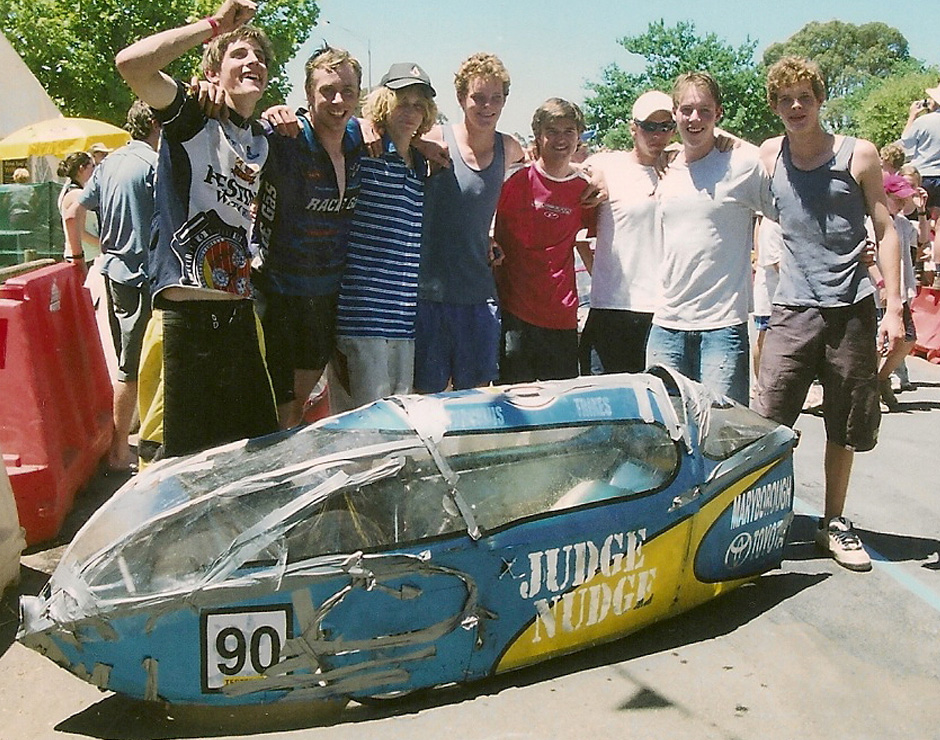 Above: James McNamee, second from the left, with his team that took Line Honours in the 2004 24 HPV Secondary Trial. He’s now Team Manager with the Centralian Senior College Clontarf Academy team.

I was trackside when he last participated in the RACV Energy Breakthrough. It was way back in 2004 and when he crossed the line to take line honours, the relief was palpable.

He and his team mates somehow shoehorned themselves into a incredibly tight-fitting ‘Judge Nudge’, a trike well before it’s time that James and his team constructed in his final year of school at St Pat’s College. That trike was fast. I mean seriously fast. Although by the amount of gaffa used at race’s end, maybe not so great at ‘judging’ nudges after all?

Fast forward 12 years and it’s been a long journey around the country for James to return to his hometown. He’s studied Management, worked in Wadeye, an Aboriginal Community in the Northern Territory for three years on behalf of the AFL. He returned to Ballarat for three years, got married, played some footy before heading to Alice Springs to join the Clontarf Foundation.

Whilst James’ key focus at the Academy is working with young indigenous boys through football, this program has allowed him to engage with different students in different ways.

“We’ve attracted kids who are good with their hands and working on the trike; and others that have an artistic flair. As we’ve been building the trike the interest and intrigue has really been building within the Academy.” James explained.

“I had to go back to my Year 12 folio and we worked from the drawings there and my old memories!”

Every year Clontarf offers an end of year interstate trip that the Academy members strive to get on and thanks to James’ history, in the back of his mind the RACV EB would work on a number of levels: physicality, education, travel and celebration. 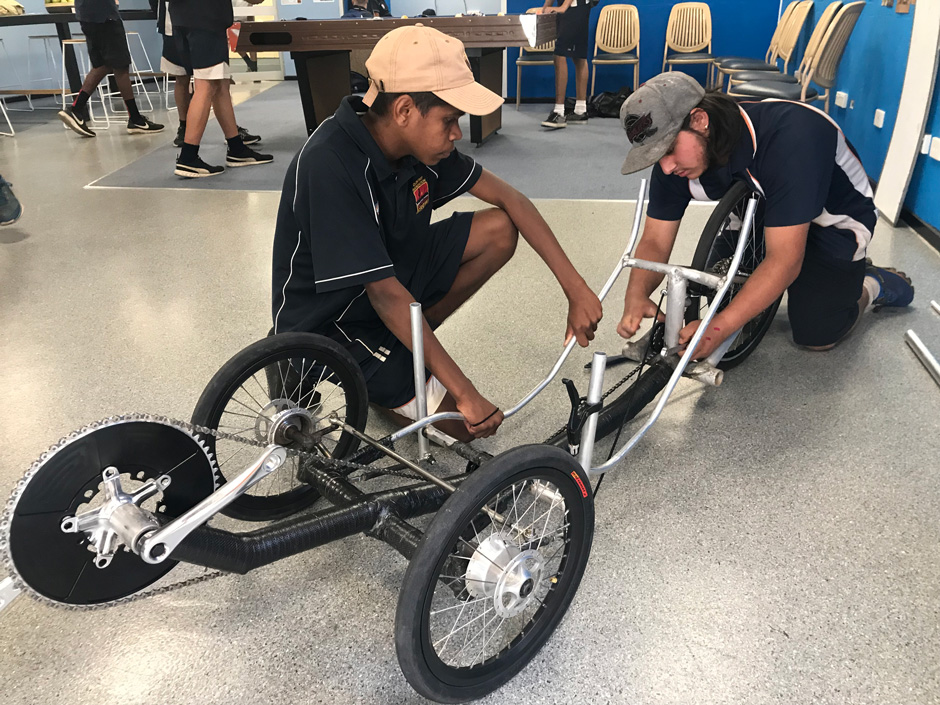 Above: The team working together to build their vehicle.

Above: The team working together to build their canopy (fairing).

Above: Prototype vehicle ready for testing.

“We’ve been riding around on the roads in Alice Springs and building up the riders confidence in the trike.” James explained. “One of the lads tipped over our prototype trike early on, and they’ve been pretty reserved since then!”

Above: We have also created a Billy Cart Derby, which also features a Display & Presentation element similar to the Energy Breakthrough, and it’s a lot of fun! 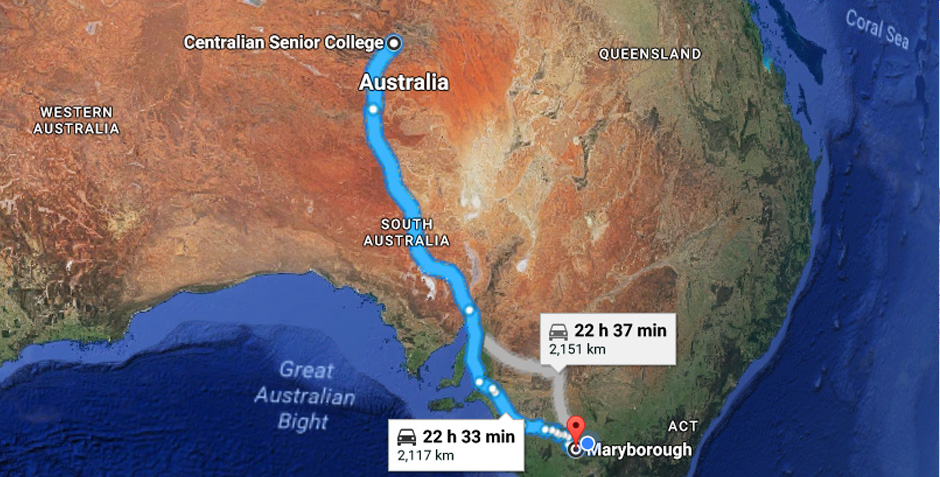 There’ll be 12 Academy members travelling down with the team, and they’ve earnt their places through attending school regularly, applying themselves to the challenge of preparing the vehicle and participating in other activities within the Academy. Most of the travelling party haven’t been to Victoria before.

Their bus will be rolling out of Alice Springs at 5am on Wednesday morning and will arrive in Maryborough on Thursday night, ready for scrutineering, Design & Construction and Display & Presentation on Friday.

The Friday night practice session will be the first time any of this team have taken to a race track, before the 24 hour trial starts at 1pm on Saturday and concludes at 1pm on Sunday.

“It’s completely new to all of our students,” James said of the trial element. “To be honest if we finish in the Top 20 or 30, for our first year, we’ll be pretty wrapt.”

Once the trial is done, the bus will roll out of Maryborough for a stopover in Horsham before a few days in Adelaide on the way back to Alice Springs.

On behalf of the whole RACV Energy community, we say a very, very warm welcome to the team from the Centralian Senior College Clontarf Academy, our first from the Northern Territory, ever.

We look forward to learning from you.

.. and welcome back James.

About the Clontarf Foundation

The Clontarf Foundation exists to improve the education, discipline, life skills, self-esteem and employment prospects of young Aboriginal and Torres Strait Islander men and by doing so equips them to participate meaningfully in society.

Since opening its first Academy for 25 boys in 2000 the Foundation has grown to cater for over 5,600 boys in 96 schools across Western Australia, Northern Territory, Victoria, New South Wales and Queensland. ~ http://www.clontarf.org.au/about/ 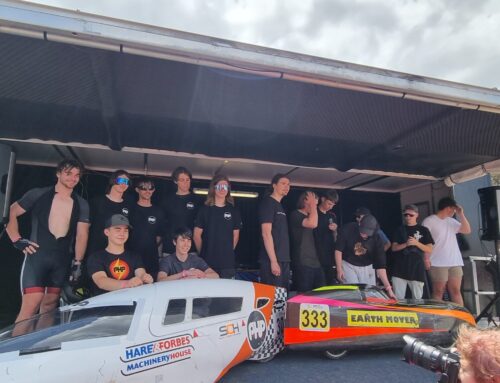 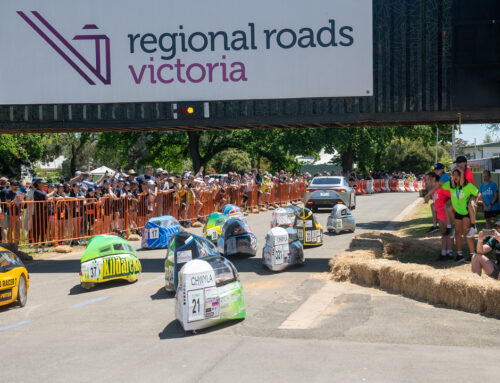 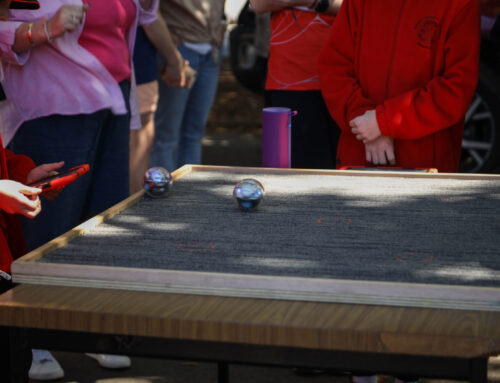 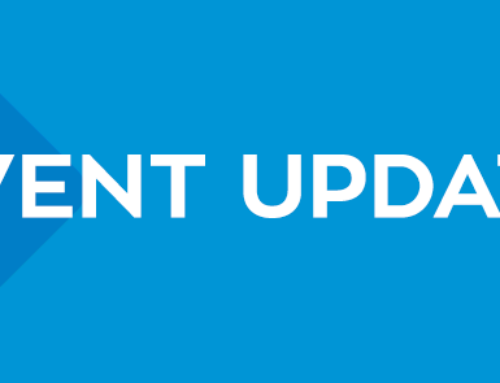 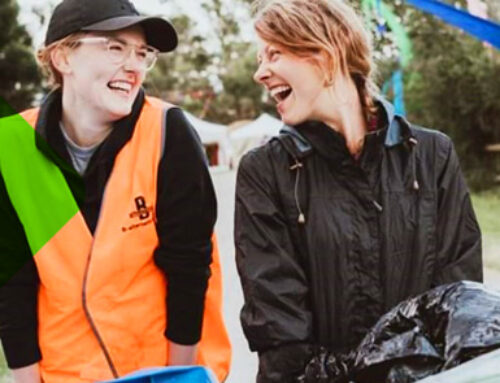