Inside Woodleigh School’s success at the RACV EB

Inside Woodleigh School’s success at the RACV EB

Not many schools achieve back-to-back success in Human Powered Vehicle (HPV) events. So, we caught up with their Team Manager and RACV EB Alumni Jono Keane to find out more about their approach.

RACV EB: Back to back HPV trial wins! Wow, well done!
Tells us a bit about your 2016 team?
Are there many that stayed on board from 2015? 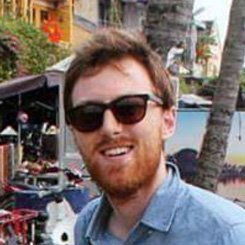 Jono Keane: It still feels a bit surreal! We came into the 2016 Energy Breakthrough with pretty conservative expectations, as our results throughout year had been modest compared to last year. Mostly this was due to illness, injury, or vehicle problems (we made it just four laps into the Knox GP!), but it did knock our confidence a bit.

Five members of the team were also a part of “A Little Too Aero” in 2015, with the new team members being Dom, who has trained his bum off to graduate into the ‘fast’ team for his final year of school, and Luke who is new to HPV, but embraced the steep learning curve.

2016: EBTV Interview with the Woodleigh Team

RACV EB: What sort of training did your team do leading into this race?

Will Allchin: Most of us ride bikes nearly every day, plus team training on a Sunday where we get to have a go in the trikes and get comfortable. Training at home can also consist of fitting in an ergo session with warm clothes on to prepare our bodies for the heat Maryborough can present.

Most of us also have a Strava account which means we can track our progress using data such as average speeds, distance travelled, heart rate and time elapsed. Being able to see each other’s Strava data encourages us to train more in our own time so we can keep up with our teammates.

Jono: The team also gathered plenty of race experience throughout the year at races in the Victorian HPV Series, and a few competed at Australian International Pedal Prix in Murray Bridge with the Trisled Development Team.

RACV EB: We know this is a new trike, but what are the key differences between this and the 2015 version of “A Little Too Aero”?

Jono: The 2015 vehicle build was a crazy rush and as a result there were several areas we could improve.

It was fast, but rider comfort was not great. This is important because if the rider is not comfortable they begin to struggle in their second or third stints. This year’s seat supports the upper back and head better, and is also about half the weight of last year’s due to our improved composite skills. No more resin rich chop strand fibreglass! Some changes to the frame also give the rider a bit more room to move which helps in situations where the handling of three-wheeled vehicles is tested to the limit.

Another big focus this year was reliability. We built a stronger fairing using thicker coreflute and reinforced the composite sections to meet the new rules.

We have also mounted the steering tillers on bearings this year to improve steering feel and remove any slop, and built a set of narrow cranks to create a more natural pedalling motion.

RACV EB: What advice would you give for another team taking on the Energy Breakthrough in terms of design and development?

There is a lot of knowledge out there and people love the opportunity to explain why their vehicle is the way it is. Use social media to connect with other teams and learn what you can from others. This is a learning exercise after all. We had never done any work with composites before 2015, so we asked others about the basics and learned from trial and error. Start small, try a composite seat, air vent or wheel covers one year and then maybe a fairing the next year.

RACV EB: Do you now feel vindicated – albeit five years on – that you and your fellow team mates were on the right track with the design of Helter Skelter back in 2009 / 2010? That was a standout then, but came up against that stiff opposition from Bendigo Senior Secondary College at the time.

Jono: We always felt pretty strongly that we were doing something right with Helter Skelter, even if we didn’t really know what that was!

It took a few years and a few other vehicles to learn what characteristics are important.

“The biggest thing for us is that a rider must be confident to use the full potential of the vehicle.”

Helter Skelter was based on a Formula Trisled chassis, which has quite predictable, forgiving handling. We learnt to ride the wheels off it, and new riders could find its limits without putting it into the barriers. So that was the main goal of returning to this style of vehicle: build something which has the handling confidence and ergonomics to match its speed.

A lot of the design changes we made didn’t cause an obvious, instant speed improvement. They were made to increase the riders comfort and confidence in the vehicle, so they could push the vehicle to its limits safely.

RACV EB: Finally, what did your team think of the new extended section of the RACV Track?

Dom: The new section of the track is fantastic as the road surface is incredibly smooth and the camber of the corners can really help you pick up speed and slingshot you out.

The chicane is a fun and interesting addition to the track as you have to really think about the line you’re taking in relation to the other vehicles travelling different speeds around you.

Jono: Several riders commented on how much more enjoyable their stints were without the stress of entering [the old] crash corner every 80 seconds. Most vehicles looked in much better condition than usual on Sunday morning, so something must be working!

Next up: We meet the team from Ormeau Wood State High School