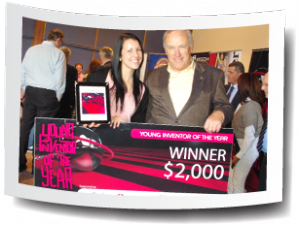 Bronte first took part in the Energy Breakthrough when she was a year 8 student at Bendigo South East SC in 2007. After which, she says, she got ‘hooked’.

Her carbon fibre wheels made their debut at the Australian International Pedal Prix (AIPP) in Murray Bridge last year. They didn’t go the distance on that occasion and were revised, refined and strengthened for the Energy Breakthrough 10 weeks later, where they spun her team ‘Squirrell’ to Line Honours and a new Fastest Lap Record.

Bronte has scored a Mentoring Program and $2,000.

RACV EB website editor, Nigel Preston, got Bronte on the phone to find out about her invention and the Awards. 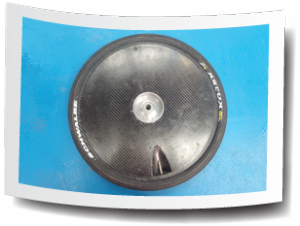 Nigel (RACVEB): Congratulations Bronte. Tell us how you developed these carbon fibre wheels?

Bronte McDonald: Well, we first started in about August last year, and have tried about 6 or 7 designs and iterations since then. The wheel has a polyurethane foam core, an aluminium hub and rim and a pre-preg carbon outer. There’s a lot of machining processes involved: the hub, the foam core, the moulds and the rim are all custom made.

Nigel: Why try to re-invent the wheel? Surely that’s the first rule of engineering!

Bronte: Well, I’ve heard that joke plenty of times so please don’t use it as the headline!

We went for this project to push the boundaries. There’s lots of benefits to the overall performance of the vehicle by improving the wheels. We’d found in the past that standard wheels would flex or the spokes would break.

These wheels are much more rigid and that gives us more direct steering, better acceleration and they’re much lighter too. 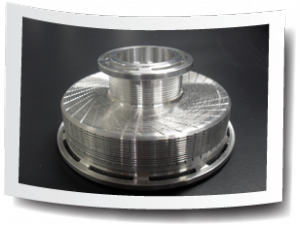 Nige: Were you surprised to win the ‘Young Inventor of the Year’ award?

Bronte: Yes! I was up against some good competition and I know that I’m not the first person to create a carbon fibre wheel. They’ve been used on bikes and cars for a long time. It was actually the process of integrating the carbon fibre body to the aluminium hub that impressed the judges the most.

Nigel: When did you first use these wheels?

Bronte: At Murray Bridge last year they went well, and won the Innovation Award there. Fairly early in the race, one of our gun riders Rhys, (and now also Maryborough RACV Track Lap Record Holder, video coming soon ~ editors note) could feel some vibrations and movement around the hub, so we took them off and sure enough the hub was starting to move away from the foam core. That led us to go up to the 120 degree pre-preg carbon, rather than the normal carbon fibre we’d been using. It’s worked a lot better since then.

Nigel: How long does it take to make one?

Bronte: Roughly 10 hours per wheel. We have four fronts for Murray Bridge this weekend and other guys in our team are working on a couple of rear ones too.

Nigel: Could or would you sell them?

Bronte: It would be definitely possible, but we have no plans to sell them. I think the time required to make and develop them would be the biggest issue – as well as giving away a competitive advantage! We’d be more likely to sell a rear wheel as they are much easier to make.

Nigel: It seems like you’re on top of the wheels. If you could tackle any other part of the vehicle, what would be next?

Bronte: Perhaps the driveline or maybe even a front-wheel drive. I feel like we’re reaching the limit of development of rear wheel drive HPVs and we’ll need to look at front-wheel drive eventually. For me it would need to be an area with a heavy machining focus.

Nige: And what’s it like being a girl in a male-dominated field?

Bronte: I love it! The other guys and the teachers are all really supportive and we have a great respect for each other. I help out and show them stuff and they do the same for me. I’d like to see other girls get in there and have a go too.

Nigel: And so what next?

Bronte: Perhaps Health Services or a similar field. I’ve been chatting with some people lately about prosthetics and other medical aids and I might be interested to get into a field that combines engineering and health services. I just want to make sure I go into a field where there is significant future demand.

“Even if you’ve achieved something there’s no need to stop there.”