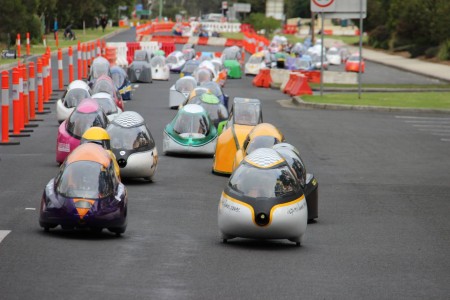 Saturday 20th and Sunday 21st of March saw Round 2 of Jet Couriers Victorian HPV Series head down to the Bass Coast in Wonthaggi in the ultimate test of endurance. Teams raced against the clock for 24 hours completing laps around the 1.4 kilometre street circuit in all weather conditions in order to collect points for the overall race and series win. 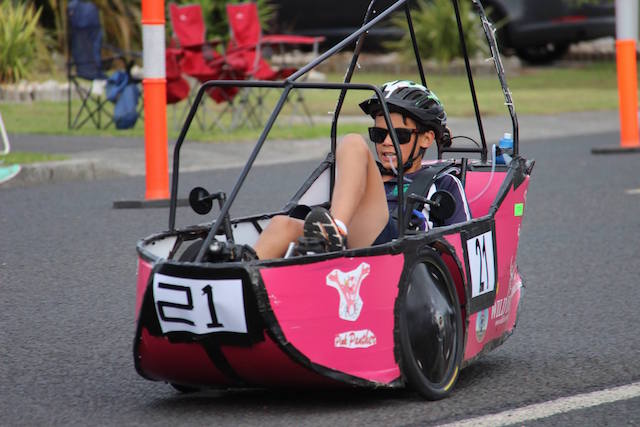 Open Female: The girls from SMS/BGS with team Pegasus took the win ahead of EDEC HPV Team’s Dark Horses after a mechanical problem keeping the girls off the track for 90 minutes managing 481 and 381 laps respectively. Third place getters went to DCEBT from Damascus College finishing on 371 laps.
Design and Construction Winner: Pegasus – St Margaret’s and Berwick Grammar School.

Open Community: A battle between the top 3 place getters for most of the race. Nighthawk from MR Recumbents finished first and took the overall round win on 645 laps an impressive 10 lap victory from runner up place getters Toothless from Wattle Racing finishing on 635 laps and third place getters The Hubbards from Trisled on 631 laps. Design and Construction Winner: The Hubbards – Trisled. 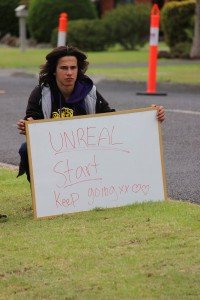 Mixed Community: To be eligible to enter this class teams had to have a minimum of 2 female riders. Improvement Nooted from Trisled stole the category win on 569 laps, only 7 laps ahead of runner up place getters Fire Breathing Rubber Duckies from EDEC HPV Team on 562 laps. She’s The Man from Wattle Racing took out third place finishing on 513 laps. Design and Construction Winner: She’s The Man – Wattle Racing.

Round 3 the series heads to Knox for the annual Knox Grand Prix held on Sunday, April 24th with entries now open!

All series information and documents can be found at:  http://cchpvcc.org.au/?page_id=1161